We’ve got a great team of people with a diverse range of skills, but we all have one thing in common…we take a genuine teamwork approach to all our projects.

We said we’re in it for the long haul and we mean it! Building a close relationship with you means that we can get a deeper understanding of what you need and deliver a superior product and service, on time every time.

Find me on Linkedin

Head of Team Gaelite, Managing Director Finbarr Clarkson, is immensely proud of the team’s accomplishments in navigating the recession.

He attributes the Gaelite Team’s powerhouse performance to combination of factors.

Firstly, the export strategy that not only guaranteed survival but led to extraordinary expansion. This was not only in the UK and Europe, but also at home in Ireland.

This fully vindicated the other simple stratagem “The company is customer driven.”

The 46-year-old Dubliner expands: “Whatever it takes to get the job done on time and to customer satisfaction. It doesn’t matter what size the contract, large or small, we keep to those maxims. Customer satisfaction always comes first.”

Finbarr also emphasises: “The seven-day-a-week commitment, demanded and given by all the staff.”

Other factors in Gaelite’s success story are, he says: “Grabbing the opportunities LED Lighting opened up in the sign market, plus gaining a heavyweight client base which has kept Gaelite’s two factories at full tilt. We manufacture 86% of the signs and totems we erect.”

An underlying factor has been the ‘Visotec effect’. Finbarr was instrumental in Gaelite becoming Ireland’s sole representative of Visotec – the worldwide sign agency. Subsequently, Gaelite has succeeded in winning a number of contracts from the association.

Finbarr trained in all aspects of the sign trade at Gaelite, joining firstly in 1988. He left in the late 1990s to run his own businesses, and was head-hunted back in 2006, as Managing Director, with a remit to revitalise Gaelite.

He and the Team have achieved a great deal but he is not in any way complacent, stating, “You are only as good as your last job!” 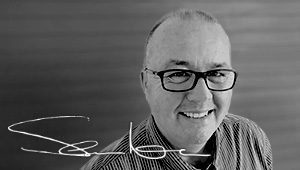 Sean has worked with Finbarr since 2006 to set a future path for Gaelite, joining the board in 2011.A sign industry professional with 30 years’ experience in sales, projects and product development.

As the lead of our team of creative and technical design, together they deliver a combined design and consultative output that lead our industry. Sean is a client facing leader of sales and development teams having worked on many of the largest projects in the retail, automotive, leisure and commercial sectors – using a skill set that marries creative with commercial and practical implementation requirements.

Sean has a passion for detail “working in a committed team to find solutions to the challenges of development supply is what makes our day more rewarding…our ideas, designs and results share benefits with both our customers and our own team”. 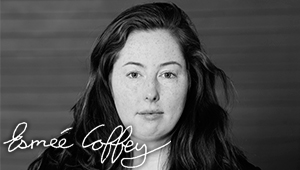 Esmee joined Gaelite in 2006 and has spent most of her years at the company as part of the business development team and also in the role of project manager.

Sponsored by Gaelite Esmee was awarded the Certificate in Health, Safety and Welfare at Work at UCD. She subsequently took on joint responsibilities of Health & Safety Coordinator and Quality Management Rep this year.

“A positive H&S culture and effective ISO procedures are possible with thanks to the continuous commitment from all employees in Gaelite, at every level of the organisation.”

Esmee also has the distinction of being the third generation of the Coffey family in the company. 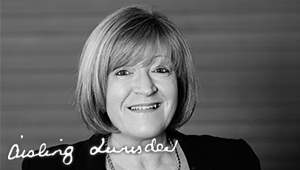 A high profile addition to Gaelite, two years ago, Aisling’s appointment reflects the success and ambition of the company in recent years. Coming through the recession and reaching new peaks of profitability, the company Financial Controller is a vital position.

Aisling is only too aware of her priorities. As she says; “Costing is incredibly important, as is daily cash-flow management. It is vital to keep your eye on the ball, as the financial position of your business can change rapidly, sometimes in the wrong direction.”

She comes from an Accountancy background, having spent several years training as an auditor in private practice, while studying for the ACCA qualification. This was followed by various accounting roles, over 20 years, in the industry sector, mainly working for SMEs both in the UK and Ireland. 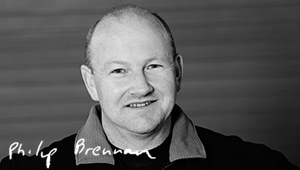 The Dubliner came to the company in 2007, after 23 years at another sign company. A driven perfectionist, Phillip always leads by example.

Phillip started work as a 15-year-old apprentice and became a painter three years later. Self-driven, he takes a fierce pride in his work and consistently delivers a quality product. 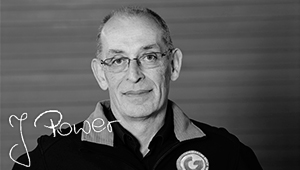 Signage runs in the family for Julian Power – project manager of key Gaelite contracts including McDonald’s, Bank of Ireland, Skoda and Kia.

His Grandfather was a sign writer in Kilkenny. His father was a glass-blower, who specialised in Pirex and founded Power Signs in 1948.

Julian, after over thirty years at every level of the sign business, came to Gaelite in 2008. It is no surprise that an early apprenticeship – urged by his father – in metal work, has been put to excellent use in his project management.

Julian’s dedication to the needs and aspirations of the customer, combined with his work ethic, is legendary. Constantly looking to expand his and the company’s contract base, has led to some notable newcomers to the Gaelite portfolio. 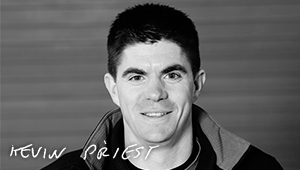 Kevin Priest is the guru for all things Tesco Express.

The 35-year-old Englishman from Kent takes the role of account supervision very seriously. The success of this brand has been more than impressive.

Gaelite’s contribution is highly significant especially since Kevin took over a year ago. Sixteen sites in UK and Northern Ireland have been completed to mutual satisfaction.

After ten years in the sign business in the UK he emigrated to New Zealand and worked for a sign company in the South Island for five years. He enjoys the more challenging atmosphere at Gaelite, compared to his previous posts. This is especially true in the Tesco Express world, where short time spans with seven-day refits and three to five refreshers are the norm.

Kevin says, that what drives him is pride in performance and meeting the high design standards set by Tesco, ASG and Gaelite. 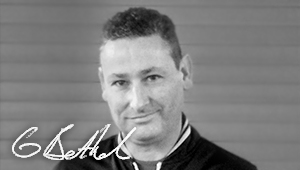 Equipped with a background in sign design/draughtsmanship Gary Bethel was thrown in at the deep-end when he joined Gaelite in 2008 as a Project Manager.

Since then he has become the key contact for the heavyweight BWG franchise of brands, which includes Spar, Spar Express, Eurospar and Mace. This is a responsibility he still relishes.

He gives the utmost importance to communication and personal availability to clients at all times – an approach which has earned Gaelite an open and creative relationship with BWG.

His own flexibility is tested on a regular basis by the ferocious competitiveness of the supermarket franchises. A world where ‘instant’ change of ownership leads to new signs having to be manufactured, transported and installed with just a few days notice. 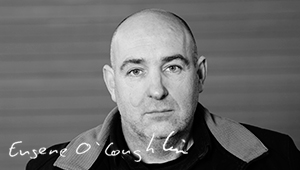 Legendary Senior Metal Worker Eugene O’Loughlin has seen it all in 29 years at Gaelite.

Eugene’s qualifications include one of the highest grades in welding, an essential area of expertise in sign making. He was employed after an on-the-spot practical interview at Gaelite, after finishing his apprenticeship.

He believes the biggest change in metal work was going from jigsaw lettering to the present CNC Router, which is far less labour intensive. The future, he is certain, lies in 3D printing for metal work.

At present he is revelling in Gaelite’s new Clondalkin metal shop and additional work space. 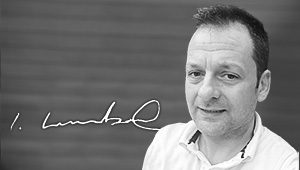 Ian has worked within the signage industry for over 25 years.

Initially, gaining 8 years experience on the shop floor within graphics and manufacturing departments. Further experience involved a period of project management with primary roles based within estimating, cost management and system development.

Ian has a dedicated and committed approach to providing colleagues with the support they require in an ever changing and developing market. 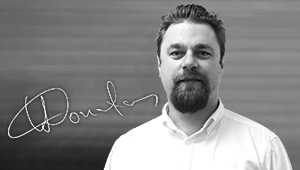 Donatas’ sign industry career began in 1996, working for several companies in a number of departments including Assembly, Graphics, Router, Design, Prototyping and Sign Fitting. He joined Gaelite over 4 years ago, and has gained experience working in the Graphics Department and as Floor Supervisor, through to his current position as Operations Manager.

Donatas says: “Working in other departments has given me a thorough understanding of the operational needs of the company. It has helped me meet the goals of the business by seeing things from different department’s perspectives. The big picture is always made of the small parts,- it is great that I’m able to put it together”.

He believes that big clients equal big demands and that quality & responsiveness are two key aspects to pleasing a client – with teamwork and communication within the company leading Gaelite to fulfilling those expectations.

Outside of work he is an avid sign-spotter: “I can’t pass a sign without inspecting it. Regardless how big or small it is. Just to see how was it made, quality, materials used etc. It really gets to my wife because we constantly have to stop to allow me some time to have a decent look at it”.